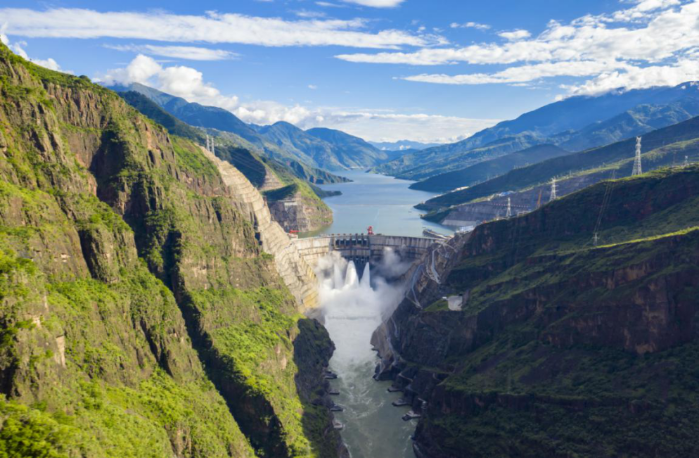 China Three Gorges Corporation (CTG) announced on November 8 that 4 operating GW-level hydraulic generators of its Baihetan hydropower station in Jinsha River has generated a total of more than 1 billion kWh of electricity since they were commissioned earlier this year. The electricity can meet the annual needs of about 12.79 million people, ensuring the power supply for residents in the receiving areas during the winter.

Located on the mainstream of Jinsha River between Ningnan County, Sichuan Province, and Qiaojia County, Yunnan Province, Baihetan hydropower plant has 16 1-GW hydraulic generators independently developed by China. The 1-GW hydraulic generator, the world’s largest in terms of capacity for a single unit, marks a major breakthrough in high-end equipment manufacturing in China, and is hailed as the crown of global hydropower industry.

The commissioned power units are in stable operation, and all remaining units are scheduled to put into operation in July 2022, when the station will become the world's second largest hydropower station after the Three Gorges Dam.